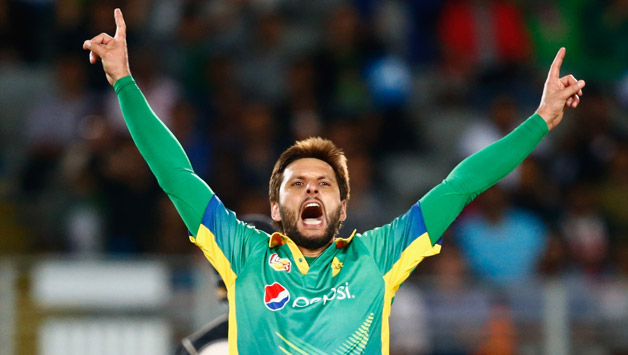 Pakistani all rounder Shahid Afridi known as Boom Boom has decided to take retirement from the T20 format. He has already announced his retirement from Test cricket in 2010 and from ODIs in 2015 after World cup.
Former T20 and ODI caption has asked Pakistan Cricket Board for a farewell match in the upcoming series against the West Indies to end his career like a legend.

According to sources the Six Machine and great all rounder has finally decided to announce retirement from T20 formate and needs one more chance to be included in Team Pakistan to play his last match and share the news of his retirement from cricket ground.

According to source PCB wants Afridi to retire on his own because there is no chance for him to be included in T20 team again. There also a suggestion prevails within PCB to include Afridi as 16th man in squad against West Indies in T20 and give him a happy ending.

There is another interesting thing here that there is no T20 International match for Pakistan after this series till April 2017. So authorities should keep this in mind and decide about farewell of Afridi because April 2017 will be too late.

Chairman PCB Shaharyar Khan will take the final decision of Shahid Afridi’s farewell match after he is done with his medical treatment in London.