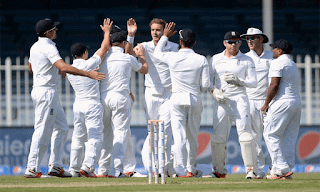 Picture is still not clear yet. England needed 284 runs to win in one day and one hour almost. It was not a difficult task but yes,there is another twist. Pakistan have got two early wickets to keep pressure on England’s batting line. 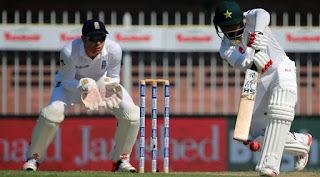 In early 4th day Misbah,Asad and Sarfraz  got some decent scores to lead Pakistan to 283. Wahab did well in the tail. 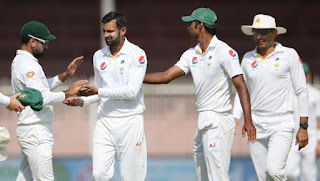 England started well against Pakistani pace attack but Malik who is playing his last test match, did the magic again for Pakistan. He got two early wickets to keep Pakistan in game.
England is now 46/2.