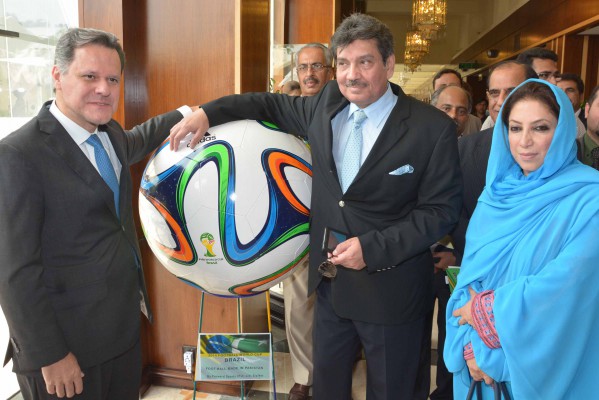 FIFA suspended Pakistan with immediate effect for undue interference of third party in football federation of the country.

Due to this suspension, football team of Pakistan would be unable to participate in international matches. Pakistan football federation (PFF) will not be entitled for the funds and training programs from FIFA and AFC (Asian Football Confederation) as well.

According to rules of FIFA, PFF was supposed to handle all of it’s matters independently without any interference from any third party. Offices and accounts of PFF are under the control of an administrator appointed by court to take care at this moment which is a violation of policy of FIFA.

Faisal Saleh Hayat was elected president of PFF in a controversial election in 2015. Losing party took this matter in court where decision was declared against Faisal Saleh Hayat that he has to leave charge, offices and accounts and hand these over to an appointed authority by court till free and fair elections.

It was not everything about just the seat of president, money was also involved. According to some sources, PFF received $2.6m from 2011-2015.

Suspension will continue till offices and accounts are handed over to PFF again. Unfortunately, it looks like it will take time to lift this suspension.

Domestic football league of Pakistan, Pakistan Premier League is not being played after 2015-16 season. It will cause more damage to Pakistan football and football players of Pakistan.
Pakistan played it’s last international match against Yemen in 2015.

Faisal Saleh Hayat said while talking to GEO that we should follow the rules and regulation of FIFA if we want to develop football in Pakistan.

Pakistan is suspended when football fans in Pakistan were hopeful that this issue would be resolved after Ronadinho XI had visited Pakistan,

Relevant authorities should think over it and see what they can do to resolve this issue for a better Pakistan with an improving game of football.

Keep watching SportsWorld365 for more sports news around the world.

Hulk is going to join Shanghai SIPG in $60 million Record...