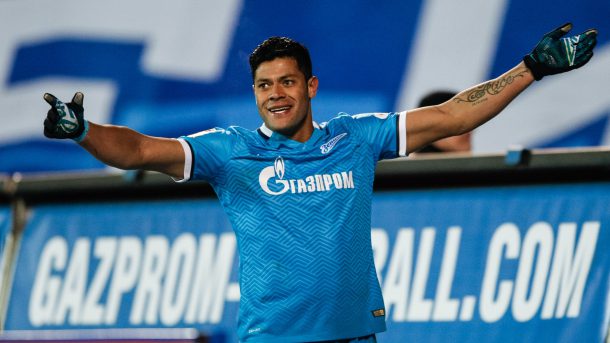 Hulk is one of the top players moving to China with expensive transfers.
The 29 year old Brazilian forward Hulk is set for a medical checkup on Wednesday to conclude a $60 million move to Shanghai SIPG. Shanghai SIPG is coached by former England manager Sven Goran Eriksson.

$60 million move would make Hulk the most expensive transfer in Asian football history.
Hulk has experience playing in Asia as he started his career in Japan before earning a move to Porto. After a successful season in Portugal, he moved to Zenit St. Petersburg, where he has scored 75 goals in past four seasons.

The striker has earned 49 caps for the Brazilian national team, playing at the 2014 World Cup and most recently at the Copa America Centenario.

At Shanghai SIPG, Hulk will join Asamoah Gyan former Sunderland striker. According to reports Asamoah Gyan is on weekly wages of more than $300,000.