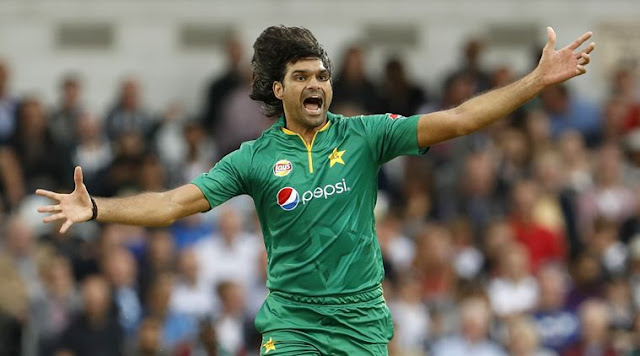 Pakistani pacer Muhammad Irfan admitted that he was approached by bookies for spot-fixing during PSL 2017 which he could not report due to stress of his parents death.

He was summoned by PCB’s Anti Corruption Unit for inquiry of suspicious meeting with bookies during PSL 2 (PSL 2017). Shahzaib Hassan of Karachi Kings was also summoned along with Muhammad Irfan for investigation who will record hs statement tomorrow (Tuesday).

Today (Monday) in Lahore, Irfan admitted that he failed to report approaches from bookies for spot-fixing. He told that he was very depressed due to recent death of his parents because of which he could not report these approaches or offers from bookies during PSL 2017.

This statement of Irfan may lead to a minimum two year ban from any cricket activity of maximum life ban.
A tribunal will decide the future of left arm pacer of Pakistan. This tribunal is lead by Justice (R) Asghar Haider along with former PCB chief General Tauqeer Zia and former Pakistan wicket-keeper Wasim Bari as members.

Sharjeel Khan and Khalid Latif are already suspended over spot-fixing scandal before Irfan and Shahzaib,