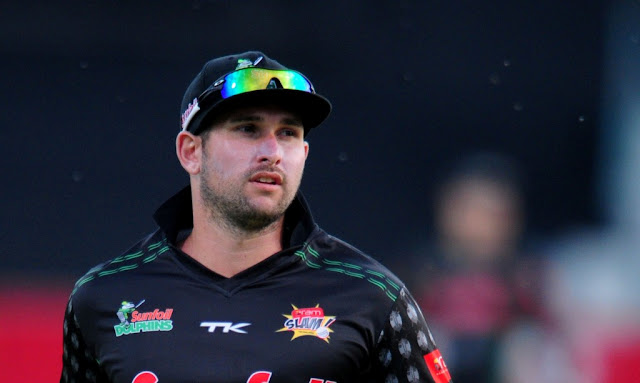 Cameron Delport scored his third half-century in first season of PSL and picked up three crucial wickets, which caused four-run win for Lahore Qalandars against Peshawar Zalmi in Sharjah.

Chasing a target of 165 which was not that easy on this pitch, Peshawar did not bat well, only Tamim Iqbal and Dawid Malan supported their team with bat. With absence of some solid partnerships, Peshawar Zalmi could not chase 265 and bowled out four runs short.

Even after defeat, Peshawar Zalmi were qualified for playoffs of PSL season first.
Lahore set a fighting total on the board after losing Chris Gayle for a first-ball duck. Then Delport took responsibility and after having some good partnerships with Azhar Ali and Umar Akmal, helped Lahore Qalandars in setting a good total. Delport and Akmal made 101 runs for third wicket partnership. Delport scored 78 runs included six fours and three sixes, while Akmal made 52 runs on just 31balls with six fours.

Tamim Iqbal who is in brilliant form here in PSL, made quick 30 runs to keep the score board running in their favor but team lost some wickets to fall to 95 for 4. Peshawar needed 70 runs from 46 balls at a time, when Malan played a solid innings of 42 on 35 balls with three sixes to blew new wind into his team’s chase.
Because of blasting innings of Malan, equasion was changed to 18 off 12 balls but Malan was no more on the crease.

Peshawar needed 16 off the last over but they could only make 160 for 7 despite of a six from Wahab Riaz. Cooper got 3 wickets for 25 and Delport got 3 for 18 and get another needed win for their team.