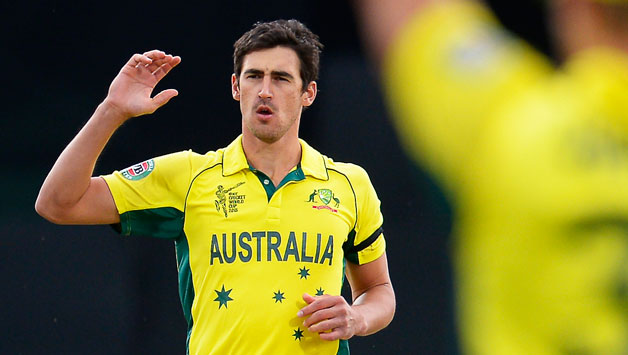 Australian all-rounder Moises Henriques is in list of 15 players for three-match tour of Sri Lanka in July and August. He will play his first Test in three years after a disastrous tour of India back in 2013.
The 29 years old Henriques played his last test match,one of his three test matches, in tour of India where Australia was humiliated and whitewashed with final score of series 4-0
Henriques could not make an impression with the ball during that series against India in 2013 but injuries to Peter Siddle and James Pattinson have opened the door for the seam bowler to prove his entitlement of space in team on subcontinent wickets.
Fast bowler Mitchell Starc has recovered from a couple of foot injuries, and spinner Stephen O’Keefe were also called back to 15-man squad on Tuesday for the matches in Pallekele, Galle and Colombo.
Squad: Steve Smith (capt), David Warner, Joe Burns, Usman Khawaja, Adam Voges, Shaun Marsh, Mitchell Marsh, Moises Henriques, Peter Nevill, Mitchell Starc, Josh Hazlewood, Nathan Lyon, Stephen O’Keefe, Jackson Bird, Nathan Coulter-Nile.