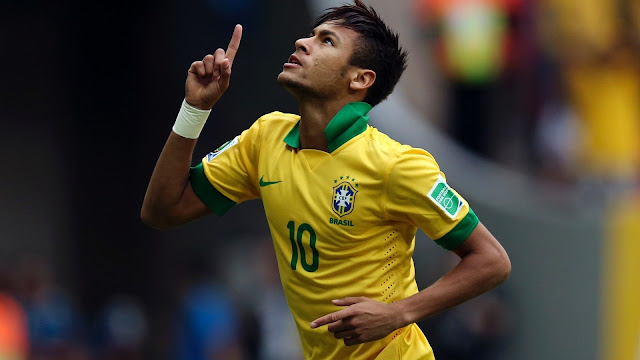 While Brazil manager Dunga recently made his opinions clear regarding Neymar’s summer plans, the Barcelona superstar reportedly has plans of his own. According to sources Neymar has the intentions to participate in both the Copa America Centenario and the Rio Olympic Games.

This just coming a day after Dunga’s remarks to Brazilian media. From Brazilian TV channel Esporte Interativo:
“If I have to choose between Copa America and the Olympics, I prefer to see him [Neymar] in the Olympics,” Dunga said.

While a decision has yet to be made by Neymar’s club, Barcelona, things could become very interesting over the next few weeks.

The special edition of the Copa America is set to take place in the United States in June, while the soccer tournament at the Olympics will kick off in Rio de Janeiro on August 4. If Brazil were to make it all the way to the final at the Centenario, Neymar could potentially be playing six matches in a span of three weeks before even stepping foot in his native country.

That certainly won’t be settling for the Blaugrana, who are still working to finalize a deal with the 24-year old over a long-term contract. The biggest issue that lies between the two sides will be FIFA’s schedule. While Copa America falls on FIFA’s calendar of events, thus forcing Barcelona to release Neymar, the club is under no such obligation for the Olympics.

Will Barcelona grant Neymar his request to participate in both competitions? We sure hope so.

Amir Returns With 3 Wickets Against Somerset