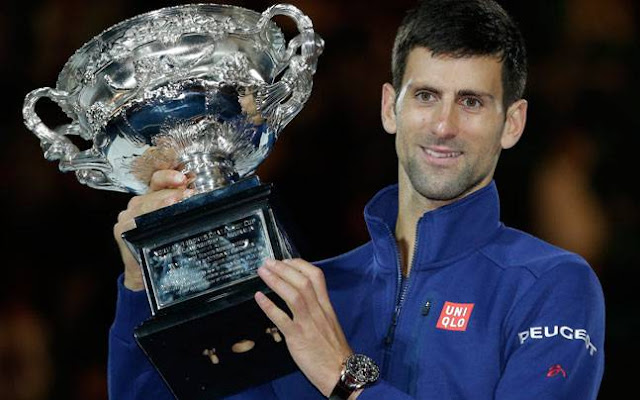 In first set Djokovic did not give any chance to Murray to settle down in game and by getting early strikes, Djokovic win first set with ease against his Scot rival. It was the slow start because of which Murray lost the final match.

Murray needed to settle down in second set to stay in the match but Djokovic saves an early break point and reached to 5-0 with some errors from Murray. Murray took 25 minutes to get on scoreboard but it as almost over for him. He fought well but Djokovic took away second set.

In last set Murry looked recovered and took the game to 5-5. Then last set was took to tie breaks with brilliant game of tennis we had. Djokovic claimed the title by winning last set ant it took two hours and 54 minutes to beat Murray.

It was totally different match  from yesterday when world no 1 Serena Williams was defeated by her opponent in final where as today world no 1 Novak Djokovic beat Andy Murray in final with his temperament and focus in the game.

Murray said “I feel like I’ve been here before. Congrats Novak. Six Australian Opens is an incredible feat. The last year has been incredible. Good job.
He added “I’d like to thank my team for getting me to this position. Sorry I couldn’t get it done. Thanks for all your support during a tough few weeks off court.”

Djokovic said “I need to pay respect to Andy for having another great tournament. Tough luck tonight.
“He’s a great champion, great friend and a great professional who I’m sure will have many more chances to win this trophy.”