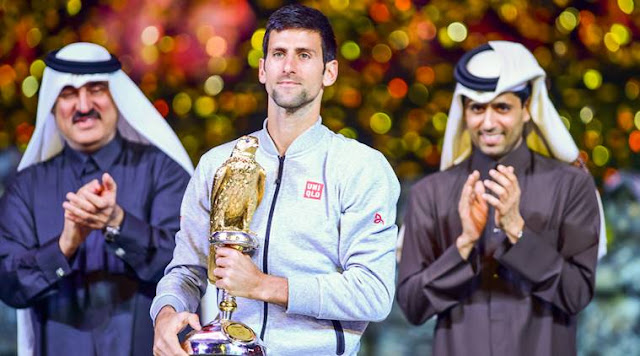 Novak Djokovic started with a bang this year by defeating world no 1 Andy Murray in Qatar Open final in Doha by 6-3 5-7 6-4.

His performance and form is stating that it will be very difficult to keep him on no 2 for long time.

According to former no 1 player of world, this was best and dream start of the year sitting on 2nd position and preparing for defending Australian Open title later in January.
This form was very necessary for him which was missing for last few months to get his crown back from Andy Murray.

“It was close, a very physical battle. All the way to the last shot, you never know with Andy. It’s no strange occurrence for us to play three sets for three hours,” Djokovic told Eurosport.

“It means a lot. For the last three months of 2016, I haven’t felt that confident on court and didn’t play that consistent. But to start 2017 with a win over the world number one and my biggest rival was a dream start so I’m hoping I can get the best out of it.”