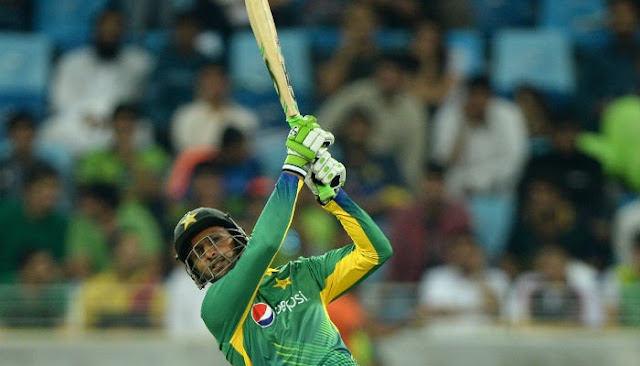 Mohammad Amir once against kicked off the proceedings in an impressive fashion, testing UAE batsmen from the word go. Pakistan dominated their opponents for a major part of their innings. But, Shamain Anwar once again shined with the bat to score 46 runs off 42 deliveries, which gave the UAE batters some privilege to play free their hands.

As a result, UAE moved from 41/4 in 11 overs to 129/6 runs in their quota of 20 overs. Mohammad Nawaz, who was making his international debut, didn’t have a memorable day with the ball. He leaked 26 runs in his 3 overs without any wicket. However, Mohammad Amir was outstanding once again, he gave away just 6 runs in his four overs and cracked two wickets. All Amir conceded on his 24 balls was two singles and a boundary.

In pursuit of the target of 130 runs, Pakistani top order once again exhibited a vulnerable performance. Pakistan lost their 3 wickets on just 17 runs. Sharjeel Khan and Khurram Manzoor got out in the same over scoring 4 and 0 runs respectively. Mohammad Hafeez, who scored 11 runs in the match, was the next man to take a long walk back to the dugout.

Shoaib Malik and Umar Akmal took the responsibility and drove Pakistan all the way to the victory. The veteran Shoaib Malik and the aggressive Umar Akmal kept their heads cool and took the game to the final stage of the match despite of creeping required runrate. But, at the end, they chased down the total with 8 balls to spare. The pair batted intelligently for their partnership of 114 runs.

Umar Akmal scored 50 runs off 46 deliveries and Shoaib Malik got 63 runs on 49 balls for which he was named as the man of the match award. Amjad Javed was the only bowler in the wickets column; he took 3 wickets, conceding 36 runs in his 4 overs.
Pakistan will take on the host, Bangladesh on 2nd March in Dhaka.