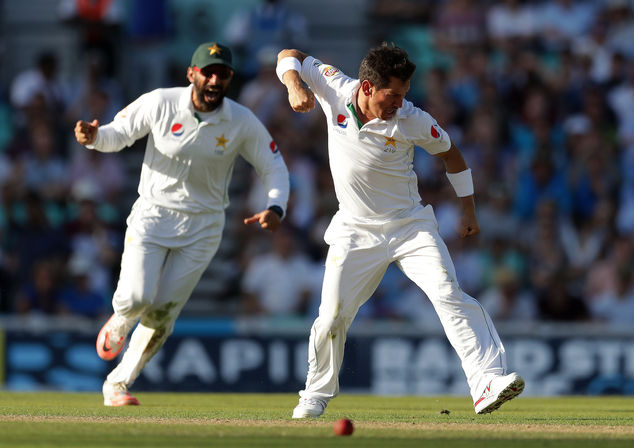 Pakistan have won the 4th Investec Test match with 10 wickets to level the series at Oval against England in front of a fantastic crowed on Independence Day of Pakistan.

Pakistan has leveled the 4 test match series against England at Oval. It was a surprising series for those who were saying it would be white-wash and England will win with 4-0 final score. One more thing made this victory so special that Pakistan grabbed it on Independence Day 14th August. This series was a feast for test cricket fans around the globe.

This 4th test match was a great and competitive test match at Oval. We have seen a great contest on a very balanced pitch which helped bowlers and batsmen equally.In this 4th test match,we had some great bowling spells from Amir,Yasir Shah,Wahab Riaz,Sohail Khan,Finn and Woakes. Oval has witnessed some fantastic knocks from Younis Khan,Asad Shafiq,Moeen Ali and from in form Bairstow.

England won the toss and chose batting first. Pakistan got some early wickets due to swinging ball of fast bowlers. Moeen Ali,Woakes and Bairstow played well for England and lead to a good total of 328. Wahab and Yasir took 5 and 3 wickets respectively.

After a bad start,Pakistan played well for a giant total of 542. Younis (218),Asad Shafiq (109) and Srfaraz(44) played outstanding innings to build this total.
Finn and Woakes got 3 wickets each to bowled Pakistan out.

England were 214 runs behind Pakistan before starting 2nd innings. It certainly was the pressure of those 214 runs that English batting line could not stand against Pakistan bowling attack. At the end of 3rd day England were 88 for 4 and still 126 runs behind.

On 4th day, Pakistan got England out on 253 and Pakistan only had to score 40 runs to win this 4th match of Investec Test Series.  Pakistan made those 40 runs on won the match with 10 wickets.