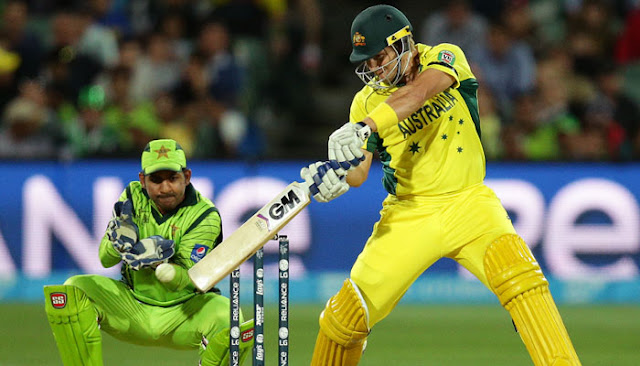 There is a lot of things happening in Group 2 which is raising arguments with ifs and buts for future of the teams in ICC T20 World Cup.

Australia had a dominating victory over Bangladesh in Bangalore. There were other two matches of Group 2 which have provided clear situation about which match is important is how much important for which team. New Zealand’s defeat of Pakistan, followed by India’s last over win against Bangladesh means that Pakistan are still in race for the title but it all comes down to net run-rates.

Pakistan have to win in Mohali against Australia and they will need Australia to defeat India in the final match of the qualifying rounds.According to run-rate, Pakistan is better than both India and Australia which will be enough to through them into second spot behind New Zealand. However, an Australian win would knock Pakistan out and leaving behind a virtual quarter-final against India. These scenarios mean that the margin of victory in Mohali against Australia is important as important as the result itself.

Not any of the team is in their best shape. The Australian line-up remains fluid, perhaps more so than some of its members would have preferred. Smith is trying to find the right form for T20 after growing into a terrific Test and ODI batsman. Adam Zampa bowled well in Bangalore, but could not help that much to Australian spin attack.

On other hand, Pakistan is facing many problems after losing to India and New Zealand. Some comments of Shahid Afridi got him into trouble, then injuries of Mohammad Hafeez and Wahab Riaz were a loss to Pakistan eleven. There are also some rumors of grouping in the team as well for command of the team after Afridi.

This will be an exciting match for the viewers and an important one for both teams.

Kamran and Shahzad Made Come Back, Umar Dropped Over Fitness For West Indies Tour 2017