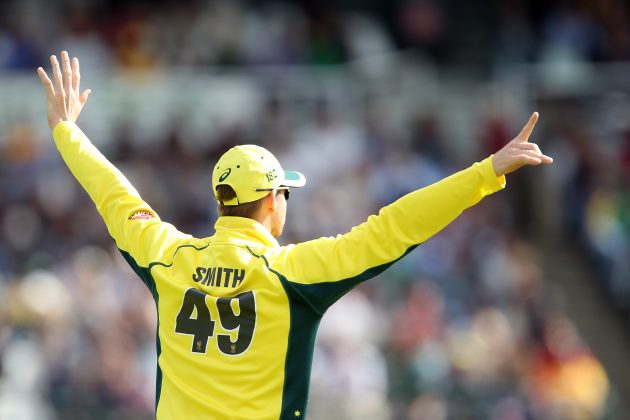 4th ODI of the series between Australia and Pakistan will be played at Sydney January 22.
In Last three matches of the series, hosts have the lead and they are getting better and better with every passing day at their home.

In first ODI Pakistani bowlers bowled well to restrict mighty Australians to 268 at Brisbane which was very low score according to their game plan,previous form and fitness of Australian team. But Pakistan could not get benefit of the situation and a chance provided by Pakistani bowlers and unfortunately due to struggling Pakistani batting line, Australia won the match with huge margin of 92 despite having an average total on score board.

Second ODI was belonged to Pakistani bowlers who bowled out Australians on just 220 and created an opportunity for a victory over hosts after a long time. But it was not a good performance by Pakistani batsmen as the total of 220 was chased down in 44th over.

In third ODI, Pakistan put an average total of 263 on score board for hosts to chase which they chased easily on just loosing three wickets. In this match Australian batting line looked more confidant and in form than last two games and showed Pakistan that they would not be an average opponents in two remaining games of series.

Azhar Ali is back to playing eleven in 4th ODI for this decider match for Pakistan and will be leading the team. He was injured during first ODI and was on rest. In his absence, Hafeez did well and got one victory for Pakistan.
Asad Shafiq will be on bench for Azhar Ali.

In Australian line up, Starc the leading fast bowler is back after having missing one game to have some break and rest.

This is a must win match for Pakistan to be there in ODI series. Pakistan is facing some problems with batting and fielding.
Pakistani batting line is still paying cricket of 90s to score 100 runs in 30 overs with wickets in hand aiming for 250-260. But Pakistan have to realize that modern day cricket has become very fast where teams are aiming 350 or more and are actually getting desired results.
Pakistan dropped a few catches and one no-ball of Junaid Khan in third ODI almost cost a match. If Pakistan have to win, they have to concentrate on batting and to score a big total to defend.

On the other hand, Australians are warming up nicely and getting their performance chart high with each game. It is interesting that even Australia have not hit 300 runs mark in this series although they could in 3rd ODI where they had chased down 263 having 5 extra overs renaming.

It will be an interesting match at SCG but apparently hosts are favorites for this game. Pitch at Sydney can be supportive to batsmen and this might be a high scoring game which is favorable for hosts.