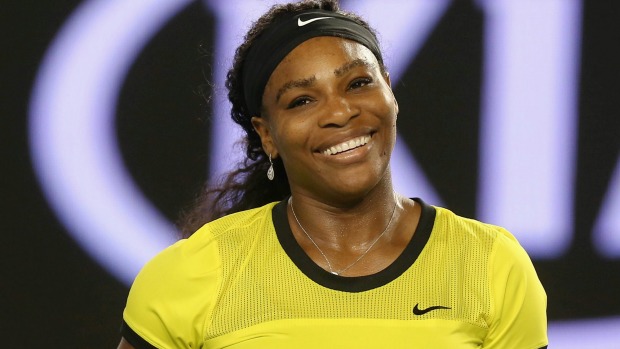 Serena Williams once again showed the world the difference in her class and power between the women of rest of the world.
She crushed Agnieszka Radwanska with score 6-0,6-4 in semi final of Australian Open 2016. Serena Williams took just 20 minutes to win first set with perfection and not giving any chance to opponent to settle.
Agnieszka Radwanska showed some fight in second set but she could not stop the momentum of Williams who won second set with score 6-4 to get through to final of Australian Open.

“I’m really excited to be in another final. It blows my mind right now, I just feel like I’m being the best I can and I can’t believe I’m in another final”.”Physically I’m feeling a lot better, mentally I needed that break after the Open,” she said, but “I didn’t think I would do this well this fast. Williams said in interview after the match.

“She started really well in the second set and making some great shots and hitting it deep and I just thought that I had to be aggressive.”

Williams generate great power in her serves and returns before which Radwanska could not stand longer to fight. Radwanska’s fastest serve was just 140kph but Williams was returning the ball at speed of over 130 kph.

Fourth seed Radwansk looked helpless against Williams due to his fast paced serves,returns and shots through all match.

Overall, it was a well deserved win for Serena Williams to get through to final in a blasting way which will help her emotionally when she will step in the court for final against Angelique Kerber.

We hope a good contest between Serena Williams and Angelique Kerber but Williams is favorite from the start of the tournament and she still is.