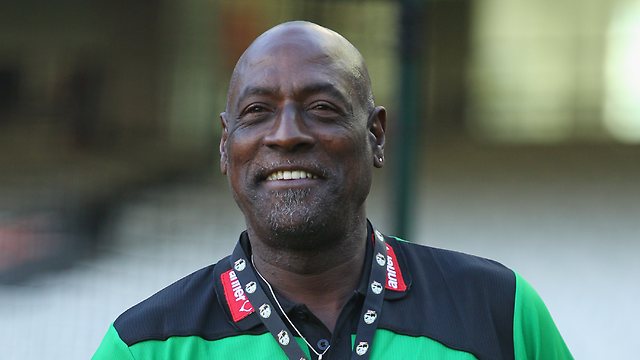 There are many stars sparkling bright at the Pakistan Super League in the UAE. There is one star, who has made other stars look dimmer. That brightly shining star is none other than the West Indian legend, Sir Vivian Richards. No one probably thought at the commencement of the tournament that the most destructive batsman of all time will get involved in this cricket festival so deeply.

Sir Viv Richards is mentoring Quetta Gladiators and has often been seen high-fiving his team members. He seems to be the binding force between the Quetta team and looks like he is the one behind Gladiators’ successful campaign so far in the PSL.

Some days back Sir Viv showed his concern for Pakistan cricket and the international teams not visiting the country. He praised Pakistan cricket during an interview that Pakistan has produced some of the most special cricketers of all times and they produce some wowing talent every now and then.

Sir Viv Richards is without any doubt the ideal choice as a coach in this era of fast paced cricket. It will be interesting to see whether our cricket board will look to take the services of the veteran West Indian cricketer or not, after the tenure of Waqar Younis.