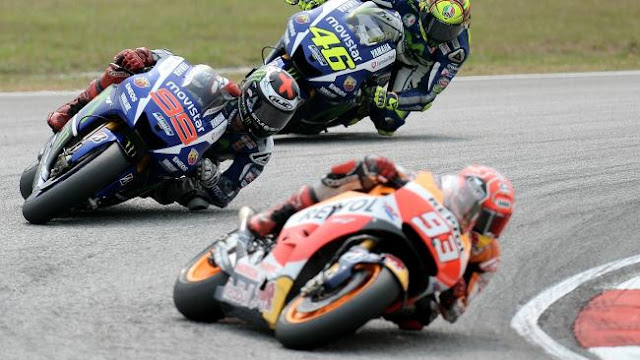 The 2015 Malaysian Grand Prix is going to be known as one of the most
controversial MotoGP races ever in history not just because of Valentino Rossi’s collision
with Marc Marquez but many other factors are also there.
Rossi and Marquez at war because of crash in Malaysian GP. Rossi is penalized for his clash with Marquez but 276000 fans or Rossi sign a petition to drop his penalty.