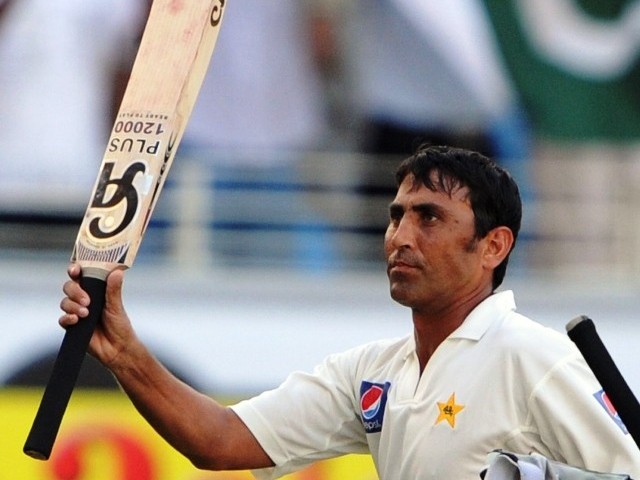 Pakistan’s middle batsman Younis Khan has finally expressed his disappointment for being blamed for the series defeat against England and his sudden retirement.
“It unfortunate I am blamed for the limited over series defeat to England. But one thing is clear I didn’t retire abruptly or because of either head coach Waqar Younis or anyone else,” Younis said on a sports channel.

He added that he will retire from test cricket as well when he feels time is right to do so and he will retire just because of his own decision. Nobody can pressure him to retire. He said he could have retired earlier but he had to wait to announce his retirement from ODIs because he was not given chances to play.

Younis Khan also refused to answer the question about comment of Waqar Younis on his retirement from ODIs.
“I will only respond to these things when Waqar is sitting with me. But it was not an abrupt decision. I had wanted to retire much earlier but I didn’t even get enough matches in the World Cup,” Younis said.

Younis Khan was against of  blame game culture after every defeat because it’s the job of team management to give confidence to players and encourage them for better performance.

“It is time we stopped this culture of blaming each other after every defeat. The team management is responsible and supposed to give confidence and encouragement to every player. Dropping one or two players after a defeat wouldn’t make a difference. There is a need to give respect to players,”

Mitchell Starc is called back to squad for tour of Sri...